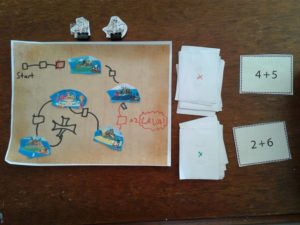 I let my kids use the iPad and phones. I lose my temper and yell at them. I get impatient and frustrated. I burn out and take it out on them. I feed them junk when I can’t create the self discipline not to. And so on…

But. There are things I think are very important.

One of them is self-awareness.

I think without self-awareness it’s incredibly difficult to be successful in life.

To use a modern analogy self-awareness is like the little radar system for my Tesla X.

HUMAN RADAR
Self-awareness is the process by which we can understand ourselves. In order to this we require a few things:

1) Other people.
I personally believe it is impossible to “know who you are” without having other people to communicate with. Our brain is just far to good at fooling itself to get around this. So you need to have people you can rely on for regular, honest feedback.

2) A desire to improve.
“Improve” is a vague term, but I think self-awareness is a big topic. Define improve how you like, but I think if you don’t have an internal mechanism telling you to “get better at x” there’s very little motivation to be self-aware.

3) An ability to forgive yourself and others.
This is the other part of the feedback loop. Sure, you need other people to help give you a sense of your “shape” but you also need to be ok with the fact that your shape and other peoples’ shapes might not be perfect… and that’s ok.

HOW TO IMPLEMENT THIS WITH KIDS
I thought about this a lot and actually my wife was the one who started doing it first.

When kids are having negative emotions parents tend to tell them how they should feel. Actually this happens with adults as well, but it’s more acute with kids.

You know the drill.

Lily is angry because Alex won’t play tag with her. She comes to you crying like her world is ending. What do I normally do. I comfort her. I hold her and say “It’s ok. You don’t have to be mad. People won’t always play with you.”

That second statement is what I want to zero in on.

“You don’t have to be [x]” where [x] is sad, mad, jealous, frustrated, etc. is where we can put our self-awareness training in action!

Let’s reflect on ourselves for a second. When we are really frustrated about something and we tell someone. What do we really want? Mostly we want to vent and be justified. We want to be RIGHT. We want an echo chamber that will reinforce what we already know and feel. When someone tells us:

“You know… you shouldn’t be frustrated…”

But what we want isn’t all that great either. It’s nice to hear our emotional voices bouncing off a friend echo chamber, but it would be much better if that friend told us? “Wow… seems like you’re really frustrated about the guy at Stabucks burning your bagel again. But you know… maybe you’re over reacting a bit? Is something else bugging you as well? Or maybe you could have just asked for another one? Or maybe he’s having a rough day too? Let’s go for a walk and see if you feel better.”

That seems like a much healthier way of dealing with the sin of a burned bagel.

Well… I think our kids are the same.

When we say “You shouldn’t be frustrated” I think the underlying message is that frustration is bad and should be avoided. So in the child’s head she’s thinking ” if I feel frustrated it’s because (a) there’s something wrong with me or (b) I’m doing something I shouldn’t be doing.”

That is the exact OPPOSITE of what we want for our kids, right? I mean we want kids who are challenging themselves, getting frustrated, and then pushing through… feeling confidence and growth on the other side. How will they learn that with us telling them that how they are feeling is wrong? If anything we should be promoting frustration :P.

So instead what we now tell our kids is:

“It’s ok to be frustrated. Mommy and Daddy get frustrated too. It’s totally normal. Now, let’s see what we can do about it.”

We then try to dig a bit deeper as to the cause of the negative feeling. I find it helpful to relate personal stories in a funny way as it keeps things light. Our four-year-old isn’t ready for heavy philosophy or psychology… although daddy keeps trying… but if I tell her about times when daddy got mad and then lost his temper and said or did something he shouldn’t have… she thinks that’s pretty funny.

We try different exercises. Talking about it. Counting to 10. Going away into a separate room for a while, and so on.

They key thing we’re trying to get through here is that it’s GOOD and NECESSARY to have negative emotions. However, it’s also critical to learn how to identify and manage them; and that it’s within her power to do that. We want to be on the list of people our kids can talk to and bounce their feelings off. We don’t want our kids to think that when they feel frustrated there is something wrong with them and bury them, pretending they don’t exist; and we certainly don’t want our kids to run around in life thinking that actions the lead to negative feelings should be avoided altogether.

That said, I’ve had MANY occasions where Lily will tell me how she feels and tries to do something about it. We’ve also noticed an improvement in her desire to challenge herself. We’ve been a bit anxious (probably over anxious, because that’s how parents are) about Lily’s tendency to keep doing easy things instead of pushing herself. But we don’t want to FORCE her to do hard stuff because then we risk teaching her arbitrary compliance. We don’t want her to just do hard things “because I said so”.. we want her to want to do hard things because she will find them rewarding.

Even more amazing is that when *I* get mad or frustrated… she will tell me “It’s ok dad, we all get mad sometimes. It’s ok to feel mad” which always makes me feel quite a bit better. I can’t wait for the day when she’s coaching me to be less angry and frustrated.

CONCLUSION
I am not a child raising expert or a psychologist so I have no idea if this makes any sense. That said I think it’s a very important skill to have and I found this to be a really great way to help teach it.

I’d love to hear about what everyone else is doing. What has worked and hasn’t. It’s a messy business this kid raising thing.

Hi! I’m YOUR NAME. Thanks for stopping by. INSERT BIO HERE END_OF_DOCUMENT_TOKEN_TO_BE_REPLACED

Let me know what questions and/or feedback you have for me. I’ll get back to you as quickly as I can. Thanks! I look... END_OF_DOCUMENT_TOKEN_TO_BE_REPLACED